11 Little Secrets of the Playful and Beautiful Savannah Cat 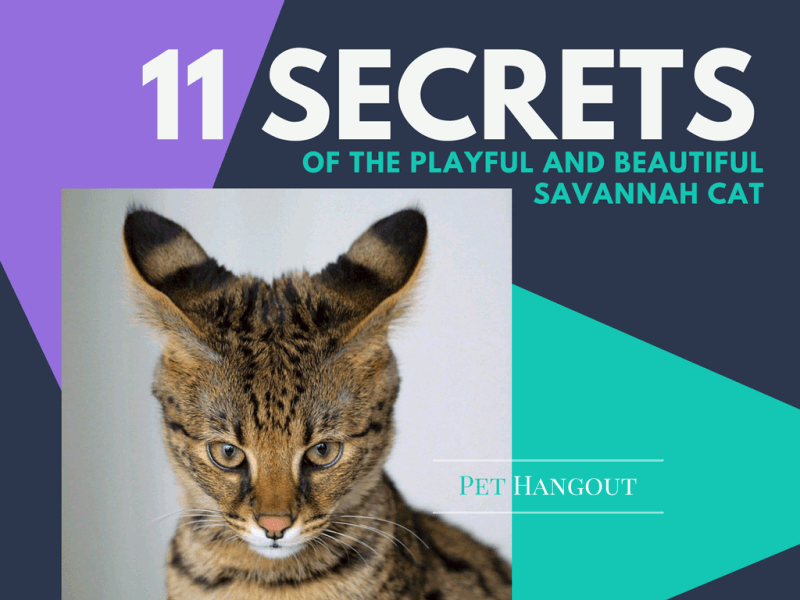 What in the world is a Savannah Cat?

No, it did not originate from Savannah, GA in case you’re wondering.

A Savannah Cat is a hybrid cat which means it is a cross between a domesticated cat and a Serval (aka – tierboskat - a medium sized wildcat found in Africa).   A Siamese cat was crossbred with a male Serval to produce the first Savannah Cat in 1986.   They named the kitten Savannah thus naming the new breed.   In 2001, The International Cat Association accepted the breed for registration.

Let's look at the Savannah's parents for a moment:

A Siamese is known for its dedication to its human – it will bond to them and want to be in their company.    It is also very loyal and loving to their owner but may appear aloof when strangers are present.

A Serval likes to be active both early to mid morning and late in the evening.   During the hot times of the day, they will rest or groom themselves.   Also, the Serval likes to “fly solo” unless it is during mating season.    The strongest bond with Servals are between a mother and her cubs.  The cubs will stay with her up to 1 year.

"On 7 April 1986, a healthy hybrid kitten between a male serval and a female domestic cat was born; this kitten was larger than a typical domestic kitten and resembled its father in its coat pattern. It appeared to have inherited a few domestic traits, such as tameness, from its mother. The hybrid cat may have a doglike habit of following its owner about, and can be a good swimmer. Over the years, savannah cats have gained popularity as pets."  Source: https://en.wikipedia.org/wiki/Serval

Here are some well kept Secrets of the Savannah:

1.  Distinquishing marks:  The coat of the Savannah should have a spotted pattern, which comes from the Serval.   This is the only pattern found on the African Serval cat.    Their exotic look and friendly temperaments have made this breed highly desired from all corners of the world.

3.  Weight:  Earlier generations of the breed can weigh 8 – 20 pounds with later breeds weighing about the same as other domesticated breeds, 7 – 15 pounds.

4.  Body:   They have long lean legs, big ears, and a thinner body that an average domestic cat.     They currently hold the Guinness book world record for the World’s Tallest Domestic Cat.   Trouble is the current record holder shown below with his owner, Debby Maraspina.  Trouble is 19 inches from paw to shoulder. 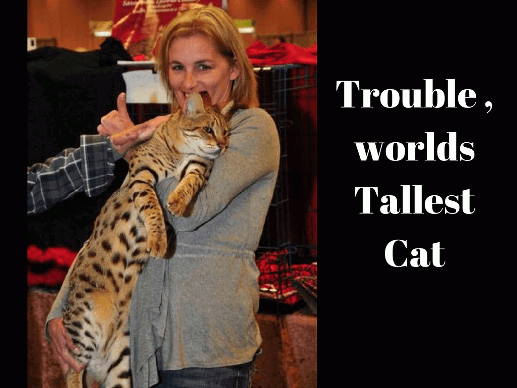 7.  Temperament:   Savannahs can be very social creatures if socialized from birth.    It is best to work on this  daily with other animals and humans so that it feels at ease around both.   If not socialized, it is likely to flee and hide OR hiss when confronted with strangers or other animals.   The Savannah also exhibits dog traits and likes to follow their humans around.   They can even be trained to walk on a leash.   They love water and have been known to dip all of the water out onto the floor from their water bowl - usually loves water and baths and may even try to shower with you!   Ha ha…that’s too cute.      ...is very curious and easily gets into trouble!

8.  Interesting note:   Egyptians were known to keep African Servals close to them for pets. 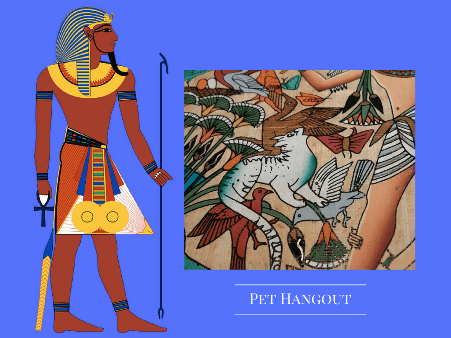 9.  Their diet:   There is a mixed bag of recommendations on what to feed your Savannah.  Some say regular cat food is fine, while others say only high quality food without grains or byproducts.  (We want to say that is probably true for any cat.   The higher quality of food you feed, the healthier your pet will be.)

Regardless of the mixed reviews of food, most Savannah breeders do agree that these cats need an extra amount of Taurine in their diet (over the domestic cat) and recommend Taurine supplements.   Animal meat and fish, especially salmon,  are a good source of Taurine.   It is also noteworthy to mention that the Serval eats animals and even can fish using their long arm and claws. 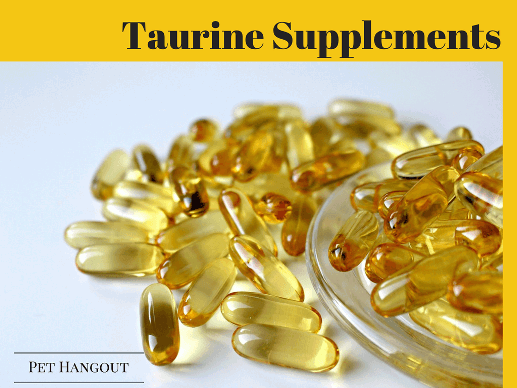 10.  The Law about Savannahs:    Most states follow the mandate established by the USDA (US Department of Agriculture) – which defines that  a wild or hybrid breed of cat should be governed by the same laws as  a domesticated cat.    However, some states have stricter guidelines including Hawaii, Texas, Georgia, and Massachusetts.     If you are looking to purchase a Savannah, please research your state and particular county and city laws first.

11.  Playtime:  Savannahs are very smart and can even learn tricks much like a dog would.  Use training treats to reinforce their good habits, tricks, and behavior.   They love to climb, explore, hide, and play with others.   Keep an ample supply of interactive toys around to prevent boredom and getting into trouble with home items.   Really high cat trees will make this beauties feel right at home.

Watch this video to get a good feel for the Savannah play habits and personality:

Remember,  a Savannah cat is domesticated but may have some wild instincts.  For example, some have been known to jump across the room into your arms or play in the fish tank!   They are by far the coolest breed in our book for their cries, exotic look, and loving personality.

After learning about the Savannah cat, we have definitely fallen in love! 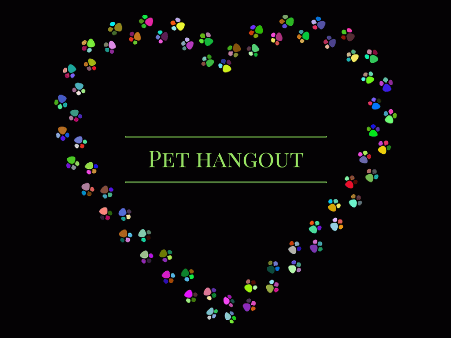 Do you love the Savannahs too?

Do you have a Savannah?

Do you want a Savannah?