How the Sneaky Little Killdeer Protects Their Nest 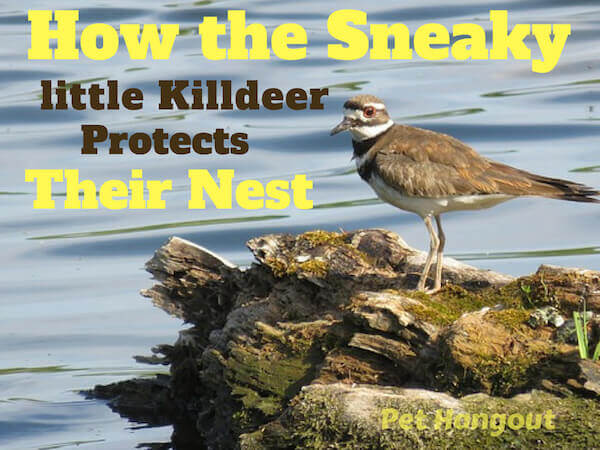 Do you know what a Killdeer is?

Let’s take a detour from kitties and doggies today and talk about an amazing little bird, the Killdeer.

Have you ever strolled down a gravely path and noticed a brown bird with a black and white striped head fluttering away from you?  If you have, then this story will be very interesting to you.  In fact, you may find it interesting if you have not.  The bird that you saw was most likely a Killdeer.  Since I was a small boy, I have witnessed what they do and how they act.

In the Upstate of SC. you will see Killdeer’s abundantly along those gravel roads typically not far from heavily trodden traffic.  While at work one morning, I came upon a Killdeer that was doing exactly what they are bred to do; she was luring me away, far, far away from the nest.  The luring consists of the bird fluttering their wings and flopping along the ground as though they are hurt.  I had seen this routine many times before therefore I knew there had to be a nest nearby.

For you see, the Killdeer lays their eggs in gravel to disguise them from predators.  Unless you look very closely, you will most likely miss the egg(s).  Take a look at this picture: 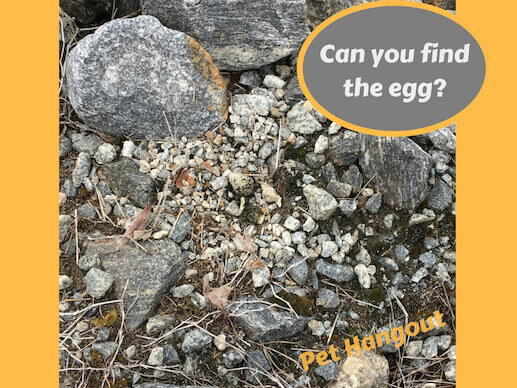 So, could you see the egg?

I've marked it for you in this next pic... 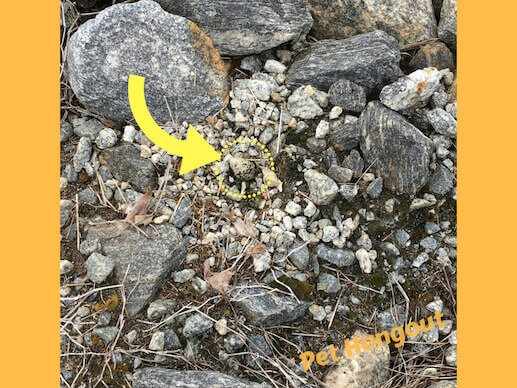 As you can see, the egg looks just like a piece of granite gravel. At the time of this picture, the mother had laid only one egg.   I will describe later how she laid three (3) more within a week.

Walking to and from my office and the manufacturing plant, I passed this egg multiple times and became concerned about its safety, never mind that it was the parent’s responsibility and not mine.  It was very hot, in excess of 95 F and it was storming quite often.  I even warned the landscape crew about the location so a weed eater would not harm the egg. I grew so fond of the egg that I would stop and talk to the parent (one-sided of course) that was on the nest.

For you see, the parents would take turns guarding the nest and sitting on the egg.  I witnessed multiple times the changing of the guard. 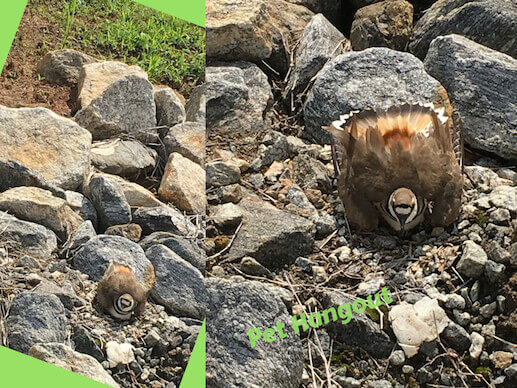 When I came back from being off over the weekend, the mother had laid three (3) more eggs and now there were four (4) babies-to-be, to worry me. 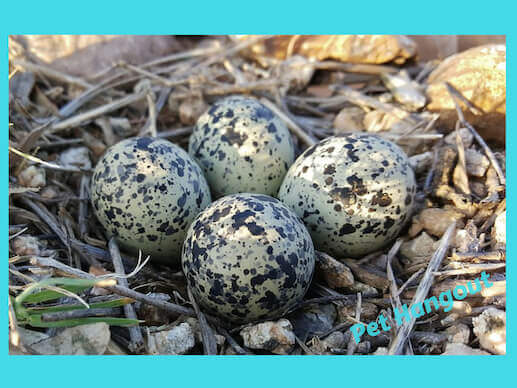 It was continuing to be hot and stormy.  I first got a small container of water and placed it near the nest.  There appeared to be some activity in the water because when I would come back by, there would be mud in it.  I felt the bowl was too small, so I switched it out for a much larger one and kept it filled with fresh water.

Each time I approached the nest, the current sitter would expand their wings as if to warn me.  If I got too close, they would flop away as to pretend they were injured; the luring technique as I described earlier.

Check out this video of a Killdeer on Youtube that goes into defense mode (my apologies for the blurring in the beginning - stay with it, it gets better):    This is so clever!

As time went by, the birds began to sense that I was not there to harm them. I am hoping that the water I brought them was comforting.

There was one mistake that I made.

Because it was so hot, I felt as though they needed some shade.  I tried to prop up a cardboard box on a chair and that did not work.  Next, I placed an umbrella beside the nest that did work but the birds did not like it at all!

They became agitated at the umbrella and would not sit on the nest.  I finally gave up my efforts to shade the nest and removed the umbrella.  I did notice later that day when the birds were taking turns, that the one leaving the nest found shade next to a nearby light pole.   I figured if they laid the eggs in the hot sun, then they knew what they were doing.

In the end, all eggs hatched as far as I know.  Each day I would check the nest and an egg would be missing.

You could hear the familiar Killdeer sound in the nearby field, so I could only hope it was their offspring having fun.

I learned a wealth of information from this experience.  We as humans may think we know what is best for those wild animals and birds, but their instincts may just be spot on. The next time you happen upon a Killdeer, look around, you may just see an egg or two in the gravel nearby.

Some interesting facts about the Killdeer:  (from allaboutbirds.org)

Have you ever witnessed a Killdeer?

For more interesting reads, you might like our most popular post on birds, How to Care for a Lost, Scared Baby Bird, or amazing animal pics like 17 Puppy Pics That Make You Fall in Love OR Why is My Dog So Killer Cool.

For the first time today at my parents grave site....I kept hearing this bird but couldn't see it until I got right at their headstone ...We have gravel between the slabs and there was this bird having a fit....I had never seen this type bird, but realized she was sitting on 4 eggs....We changed out the flowers and let her know we were not there to hurt her or the eggs....very interesting will check on her everyday to see what happens....

this is interesting. thanks for a lil bit of info on killdeer but i’m also highly confused. do you eat animals? drink milk? use butter? why are you so willing to bring harm to cows chickens & pigs on a daily basis but so committed to this 1 birds well-being?

Thank you for sharing. I bought the first home in my circle in a new subdivision. So many kill deer were running all over when I moved in but the bulldozers destroyed so many ground nests. However, today I just found one Killdeer on a nest when I showed a young man cutting my grass where to take care. She squealed at me and fluttered her wings out. She had 2 eggs and seemed to be begging us not to disturb her little nest among pebbles camouflaging her 2 precious eggs. I am so worried and wish I could do anything to protect them better. However, my oldest daughter advised me to let nature take.it’s course.